A first in Latin America, where the first inflatable prosthesis ZSI 475 FTM was implanted on the 6th of June 2019, by the plastic surgeon Dr. Lucas Lesta Compagnucci  in the Hospital of Florencio Díaz in Córdoba, Argentina.

Dr. Lesta Compagnucci spent several years in Mexico where he improved his specialization. Since last year, he is in charge of the Sex Reassignment Surgery team, where there is a sexual diversity clinic, within the Sexual and Reproductive Health Program.

The surgery was scheduled at 8.30am and lasted for 3 hours. After the patient was put under general anesthesia, the operation began with a straight lateral incision, which provided access to the anterior surface of the pubis.

Next Dr. Lesta enlarged the scrotal sack and placed the prosthesis pump in the scrotum, and added later a second testicular implant. He measured the phalloplasty and picked-up the adequate size. The placement of the prosthesis and its attachment to the pubis (suture of the fixation plate on the bone periost) were performed without difficulty. At all time during the surgery, thorough antiseptic measures and surgical techniques were implemented to prevent infection. The prosthesis was cleansed during the procedure with antibiotics as specified in the protocol.

After several tests inflating and deflating the prosthesis—producing erections of good quality—Dr. Lesta closed the incision. He left a vesical catheter in place for the night. The patient will be able to use his prosthesis once fibrotic scar tissue has stabilized the attachment to the pubis, probably within one month.

Dr. Lesta informed us that he has 5 patients in the program of sex-reasignment surgery, and next ZSI device implantation should happen at the end of the year.

Using the pump
Some patients contacted us to know if it was normal that the implant was sometimes difficult to inflate at the beginning? If you have difficulties to inflate the implant when... 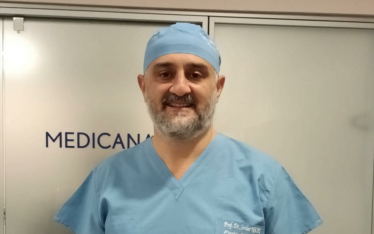 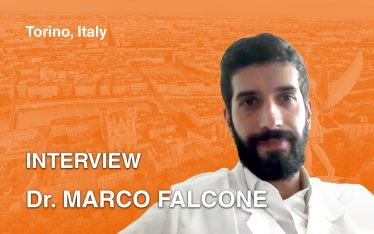 Interview Dr. Marco Falcone
Doctor Marco Falcone is a urologist surgeon in the Molinette Hospital in Torino. He is specialized in gender affirming surgery. In this interview, he told us about his activity, his...